A 9-year-old boy fighting liver cancer was sworn in as an honorary police captain on Friday by officers at the Alton Police Department in Texas. 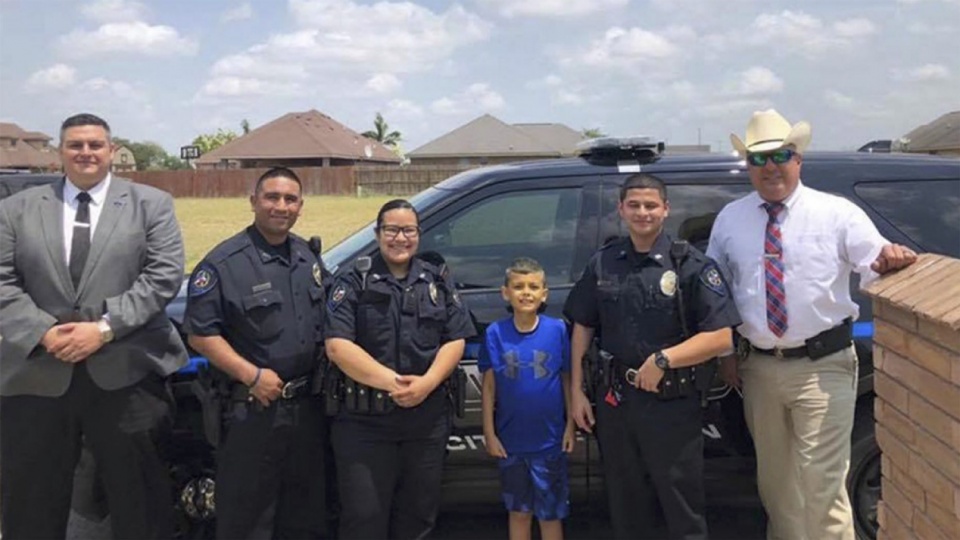 The boy, Brandon Tadeo Alvarez, got a cancer diagnosis last year, then his illness went into remission in September. But the cancer was back again at the start of this year.

Officers of the department visited Brandon on Wednesday after receiving a phone call from a friend of his who'd noted the young boy's love for law enforcement. Brandon, it became clear, dreamed of one day becoming an officer himself.

"During our visit, Tanya [Brandon's mom] shared the details of Brandon's condition and informed us that doctors had stopped all treatment," Chief Jonathan Flores told Fox News on Saturday.

"We knew immediately that we needed to make his dream come true," Flores said.

More than 200 people -- family, friends, elected officials, members of the community and officers from neighboring police departments -- gathered at City Hall to support him in a ceremony on Friday, at which he was sworn in by Judge Keno Vasquez.

"We had members of law enforcement lining the walls to show their support," Flores said.

Citizens offered their own form of support to the boy and his family, creating a poster board of messages titled, “Not Going Down Without A Fight.”

"That is truly the essence of law enforcement and the thin blue line family," Flores said. "When one of us is hurting, we all rally together and step up to the plate to help."

"In this family, no one fights alone," Flores said, referring to the camaraderie within the police force. "We will continue to support Brandon and his family, doing whatever we can to lift his spirits and help him to stay motivated and continue to fight this terrible disease.

"Last night captured the true essence of what the city of Alton and our law enforcement community is all about."